We created and coordinated the #ProudOfAid social media campaign in response to an anti-aid campaign by the Mail on Sunday that culminated in a debate in parliament. Working with coalition partners and campaigners we curated, edited and built a hub of aid-related content, created a social media toolkit and engaged pro-aid voices on social media.

The campaign was hugely successful. On the day of the debate the hashtag trended across the UK for most of the afternoon and into the evening, with over 5,000 tweets from more than 4,000 people and organisations.

The social media campaign crossed over conspicuously into the real world. MPs in the debate repeatedly used our “Proud of aid” line and one made a special point of the fact that “pride” was the dominant theme of the debate. MPs from all parties used the hashtag on Twitter and a government minister concluded the debate by thanking everyone who tweeted using the hashtag.

There was widespread concern that the debate would lead to a collapse in support for the UK’s international aid promises. That didn’t happen, at least in part due to the campaign, which was a factor in the quashing of the anti-aid agenda. 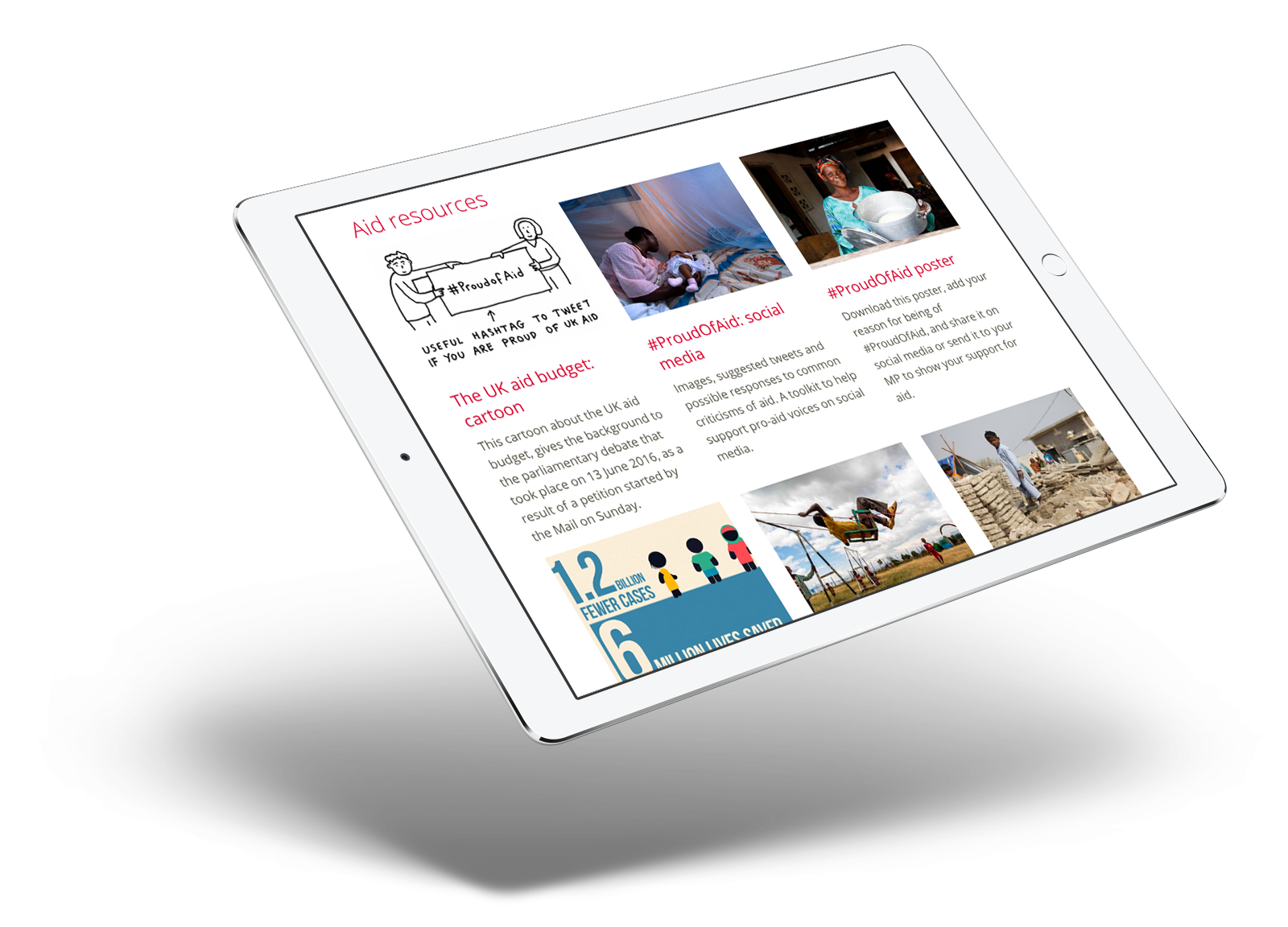