Greenpeace UK were in the process of building a new website. They realised that how they expressed themselves as an organisation was buried in staff heads. The way they wrote was sometimes inconsistent as a result. The way that they described themselves, their work and their issues also needed some clarification. They came to us for help.

We knew that what they needed was a content style guide.

Many style guides are locked away in PDFs that few people read. Instead, we wanted this to be a living, breathing online resource that anyone (staff, freelancers and supporters) would find easy to access and use. 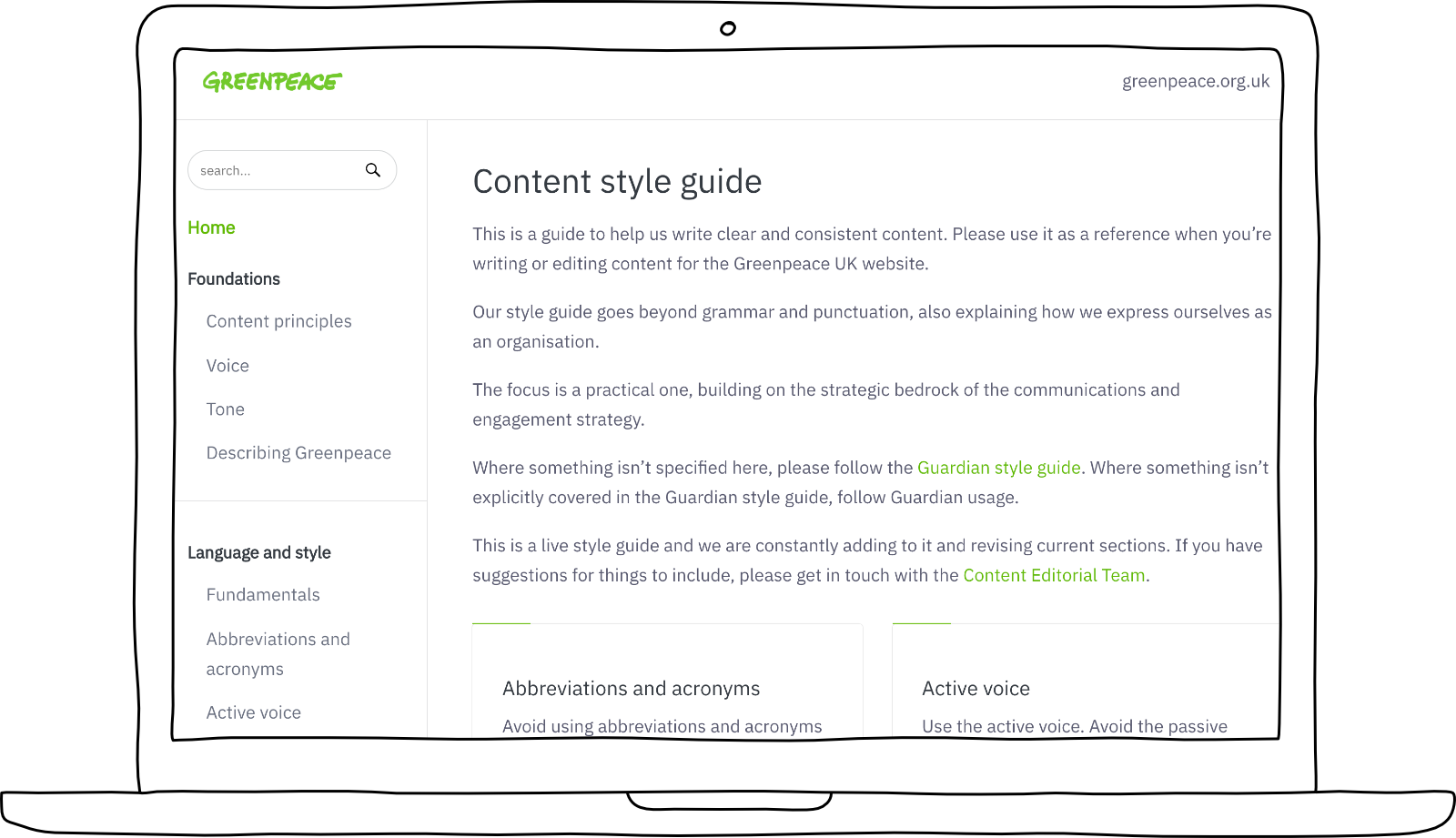 How we did this

To get to voice, tone and style nirvana, we first looked at Greenpeace’s existing content and guidelines.

We then ran a workshop with a cross-section of staff to tease out voice, tone, style and language considerations that were particularly relevant to them. We got people to think about principles and to draw some Greenpeace portraits.

One participant said “I’ve been in a lot of workshops at Greenpeace. This was the best one I’ve ever done.”

We did some comparator analysis too, and built on the work of some great existing style guides that are published under a Creative Commons licence. We also did some careful thinking about the best technical tools and setup to use.

The content style guide goes beyond grammar and punctuation, also explaining how Greenpeace express themselves as an organisation.

We created lots of examples so that sections such as voice are useful and applicable, and not just a meaningless list of brand adjectives.

Sometimes the way that people describe things changes. Having the Greenpeace UK style guide online rather than in a static PDF will mean that it can grow and flex over time as the organisation develops.

Editors have reported back to us that the style guide has already been “super-useful”. When the new Greenpeace UK website launches soon, the content will hopefully be clearer, more consistent and more obviously Greenpeace than ever.