“Digital, digital, digital (or death)” wrote a Bond member when asked how the organisation should be implementing its new strategy.

Here was a rare realisation of an existential threat to NGOs as they’re currently conceived. The digital revolution is a fundamental shift akin to the industrial revolution. Digital change is an enormous opportunity for international development, but those who fail to adapt are likely to be casualties.

Digital is changing the way we campaign, influence, fundraise, organise networks, connect with beneficiaries and communicate with supporters. It is also changing the way we deliver projects. It has huge potential to disintermediate and to create a paradigm shift for what international development means. To thrive, charities will have to change their structures, their working practices and their strategies.

Some of that digital adaptation is already happening, but many charities are instinctively conservative, risk averse and tied to systems of communicating, fundraising and organising whose best-before-dates are fast approaching.

There is a growing body of work around the digital revolution: on “digital transformation” and “digital disruption”. But the sector is in collective denial that this transformation is necessary.

Part of the reason is that digital insight is largely concentrated in communications teams. Trustees and senior management teams tend to lack specialist digital skills and experience. Nick Torday, from Bristol agency Sift Digital, bemoans the fact that investment in digital in the charity sector is so far behind the private sector. He highlights that the private sector has seen a huge rise in the spread and importance of chief technical officers: a role that he says is noticeable by its absence in our sector.

Digital teams are too often still seen as production teams: an internal service for prettifying and publishing rather than as strategic leaders.

Digital leads in charities are often too far removed from senior management, meaning they find it hard to escalate their expertise to a sufficiently strategic level. Many organisations have invested in new websites and databases; few have matched that with parallel changes to governance and structure.

Digital teams are too often still seen as production teams: an internal service for prettifying and publishing rather than as strategic leaders.

There are different models and schools of thought about how best to tackle these structural issues. Torday says that retaining and empowering digital teams is vital. Owen Pringle, founder of therein, takes a different angle, saying that digital should be spread throughout an organisation, ingrained in everything we do so that digital teams are no longer necessary.

More pertinent to me is the question about where innovation and disruption of the current charity model will come from. Torday is optimistic that existing organisations will adapt, as digital specialists rise up through organisations to become senior managers, chief executives and trustees. Digital strategist Glyn Thomas is similarly positive about adaptation, pointing out that Nintendo had existed for 100 years as a non-digital company before the invention of the product that now defines them: the Gameboy. The Social Change Agency and Social CEOs take a more top-down approach, celebrating digital chief executives and encouraging boards to include digital specialists. Others look to startups and think that disruptive change is more likely to come from outside the current line-up of NGOs. NPC’s Tech for Common Good report argues for a collective charity response: an interesting challenge to sector bodies such as Bond.

There are good examples of NGOs with the agility and responsiveness to take advantage of digital opportunity. But for now at least, the innovative digital culture prevalent in other sectors is the exception rather than the rule in charityworld.

A large part of the not-for-profit sector is stuck in a pre-digital mindset, where digital is seen as at best a communications channel and at worst a fad that will soon disappear.

That way lies extinction. International development organisations as they’re currently conceived and structured will go the way of Blockbuster, printed newspapers and the wooden plough.

To survive we first need to pull our heads out of the analogue sand and accept the need for change. 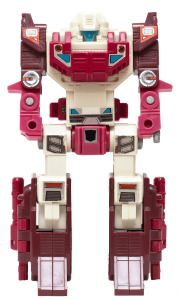 Bloodwise, formerly Leukaemia & Lymphoma Research, have an in-house team of developers and a deeply ingrained belief in the value and the philosophy of open source solutions.

Tech-savvy innovators OnOurRadar, Aptivate and OneWorld use digital in their projects in simple and effective ways.

Outside the charity sector, Tate are a shining example of open and transparent discussions about taking digital seriously and working out what it means for their future. 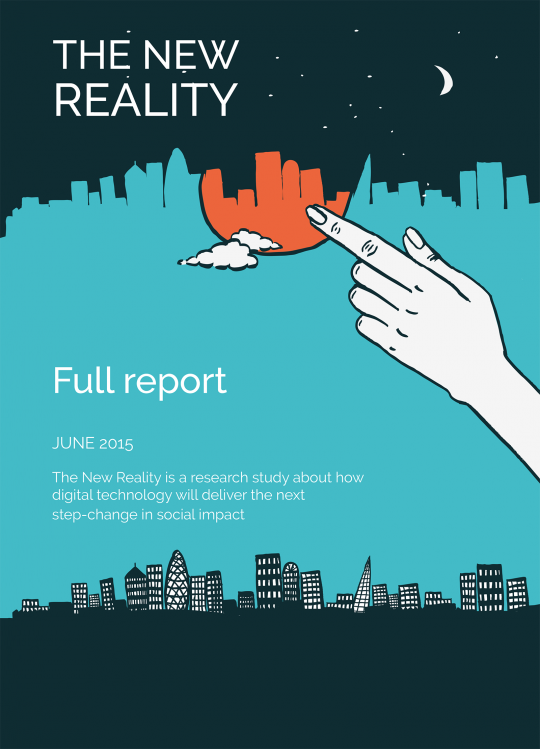 A research study about how digital technology will deliver the next step-change in social impact.

“…organisations who grasp this change-nettle will be laying strong foundations to survive and thrive in to the future.” 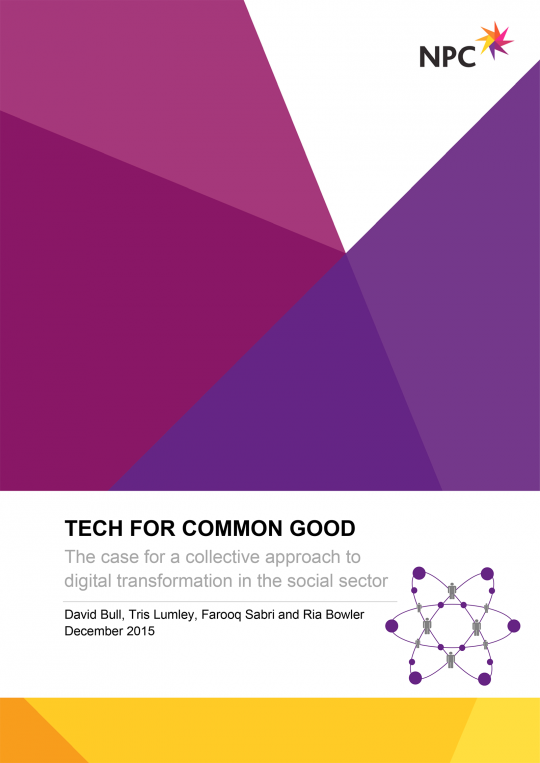 “Without the right digital offerings for an increasingly digital user, the public will simply look elsewhere for support, and charities will find themselves obsolete.” 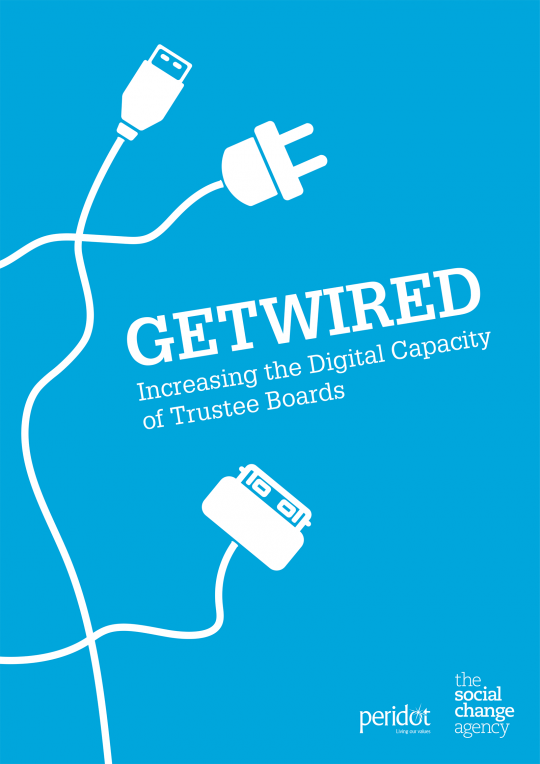 “Both sides need to take more responsibility and action if we are to successfully rewire the charity sector, allowing it to continue to increase in impact into the digital future.” 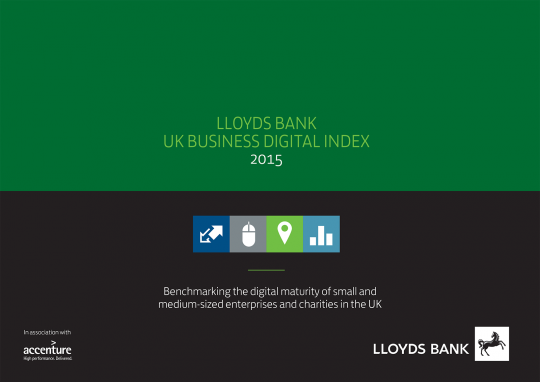 Measuring the use of, and attitudes towards, digital technology among small businesses and charities

“This year’s report also highlights that attitudes are still a barrier to doing more online, and that the charity sector in particular is being left behind in the adoption of digital.” 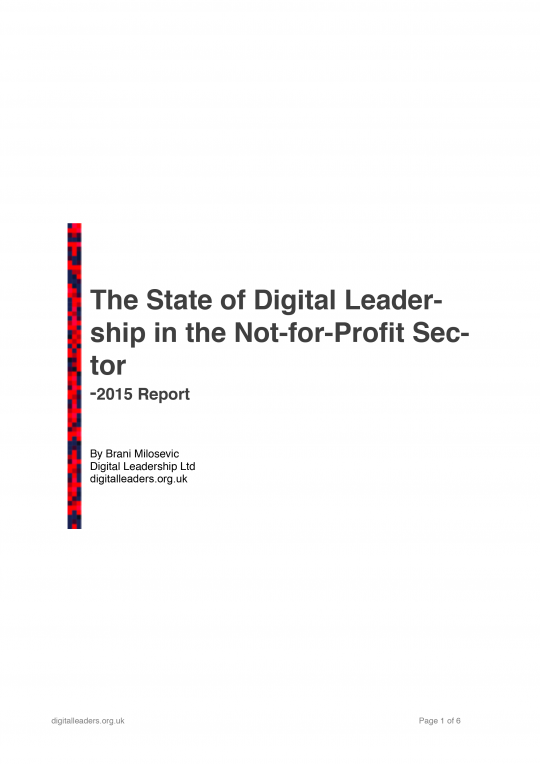 The State of Digital Leadership in the Not-for-Profit Sector

“With every year that passes without investment in digital leads, charities move closer to a point where they will have to make an even more significant (and therefore more painful) leap to change or face a slow death.” 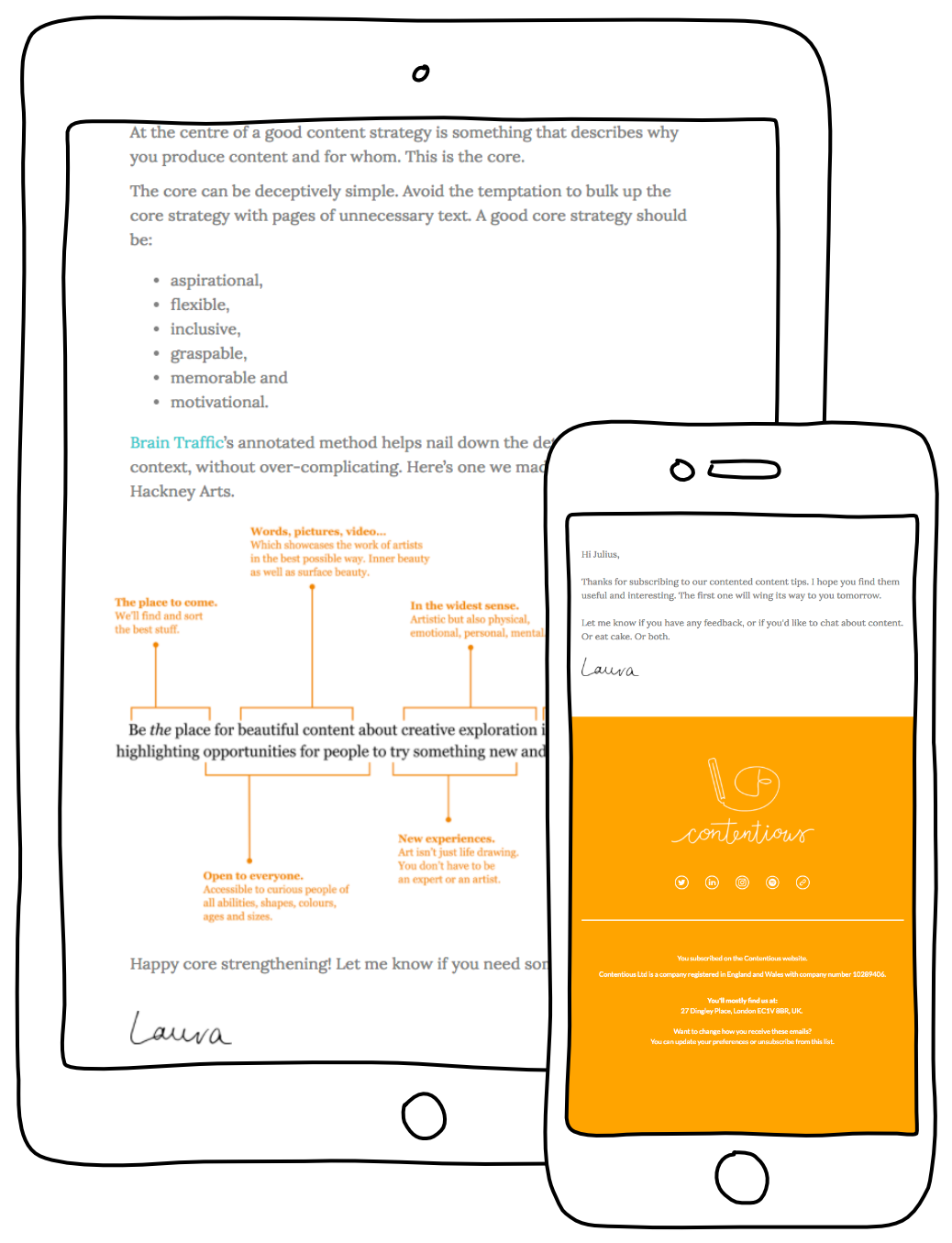 Our content tips emails signpost the way to happier, smoother, more efficient content. Some tips will be simple, some more involved; we hope they'll all be useful.

We'll send you one each week until we run out of ideas. We won't spam you or pass your details on to anyone else.